A day out with Trail Crew – invasive species

A day out with Trail Crew – invasive species

Looking after our trails and trail networks isn’t always about clearing drains, shaping berms, rebuilding bridges, or trimming brambles. Our trails live in balance with the plants and animals and part of our responsibilities includes helping control invasive plants that can upset the environmental balance.

Invasive plants are plants that grow outside of the natural habitat they originated from. They contribute to environmental and economic damage by spreading quickly and easily and out-competing native plants. When they take up space from native plants and force them out, this in turn may reduce food for native wildlife. Invasive species are a serious threat to biodiversity and species extinction world-wide.

Recently the FVMBA Trail Crew spent a day removing common burdock from near the top of Dilemma and Sunnyside Up on Vedder. In BC, common burdock is classified as a noxious weed. Mature plants are easily identified by their abundance of burs covered in hooked bristles that cling tightly to anything they touch. These burs pose risks to some wildlife including birds and bats that may get ensnared with burs. Biennial plants, their purple flowers turn into burs that are only produced in the second year of the plant’s life cycle. A single plant produces an average of 15,000 seeds which can spread easily due to its capability of hitchhiking on animals or people. Young plants can be recognized by their heart shaped leaves, wooly under-leaf, and hollow stalks.

The FVMBA Trail Crew removed both young and mature plants, filling five large paper garden bags to dispose of. We definitely missed some and with the large number of seeds the plant produces, it’s sure that the burdock will return again next year, and we’ll be back to keep it from spreading further.

Other common invasive plants you might find along our trails include the Himalayan blackberry, Giant Hogweed, Spurge Laurel, Himalayan Balsam and many others. Learn more about invasive plants in BC, how to identify them, and how to help control them from the Invasive Species Council of BC.

You can help too, report invasive plants here! 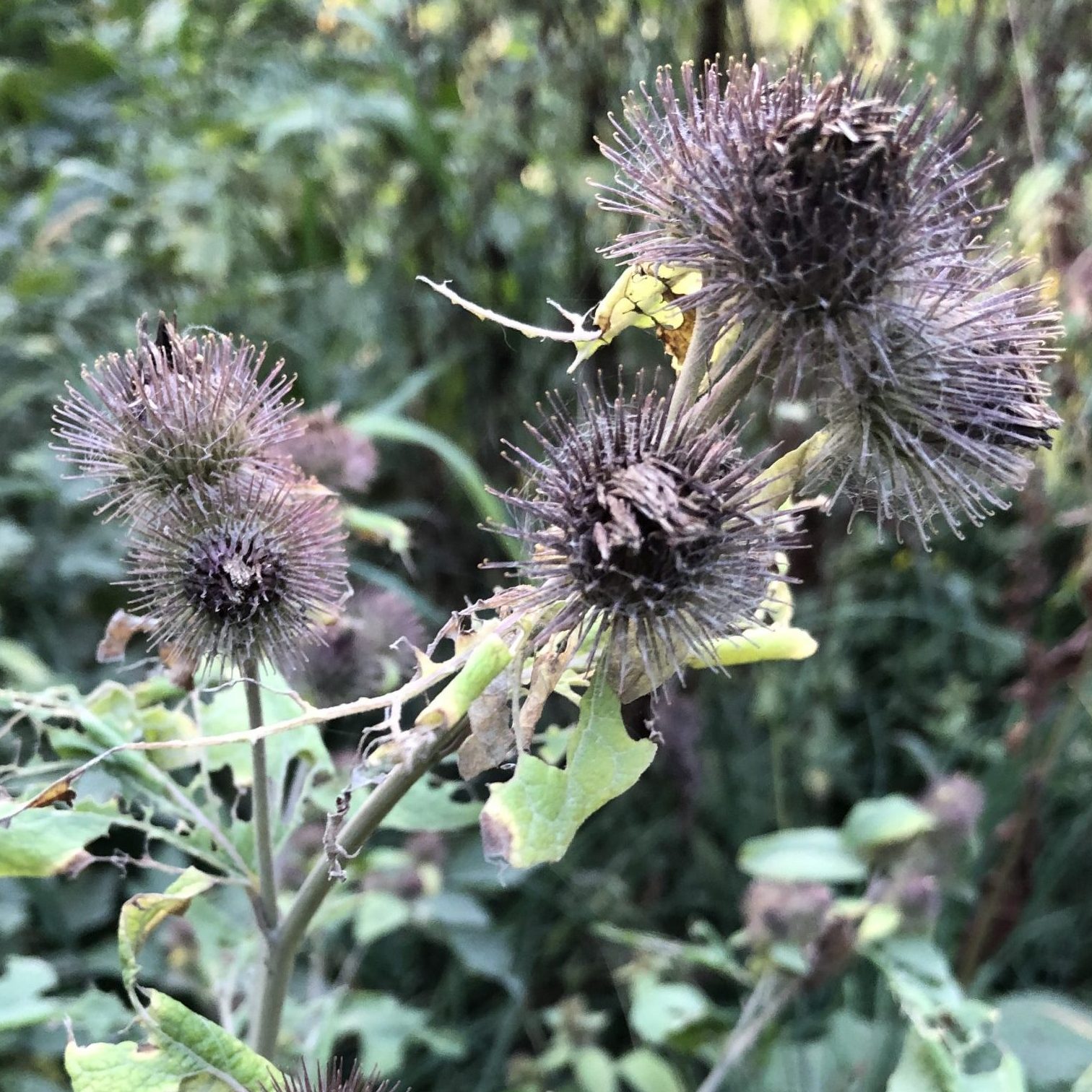 The hooked bristles of the lesser burdock’s burr were the inspiration for the invention of Velcro. 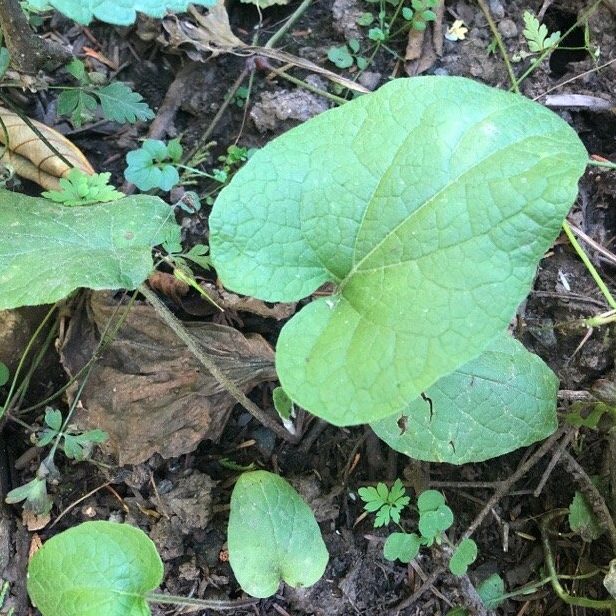 A young burdock plant. The plants are biennial & only produce flowers & burrs in the 2nd year of their life cycle. 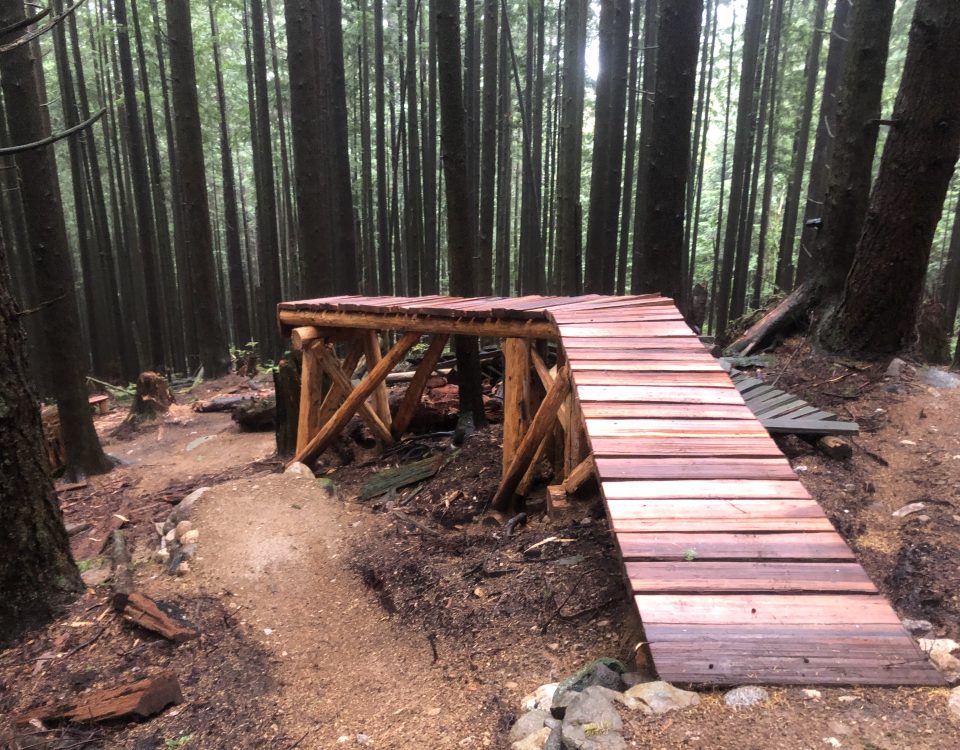 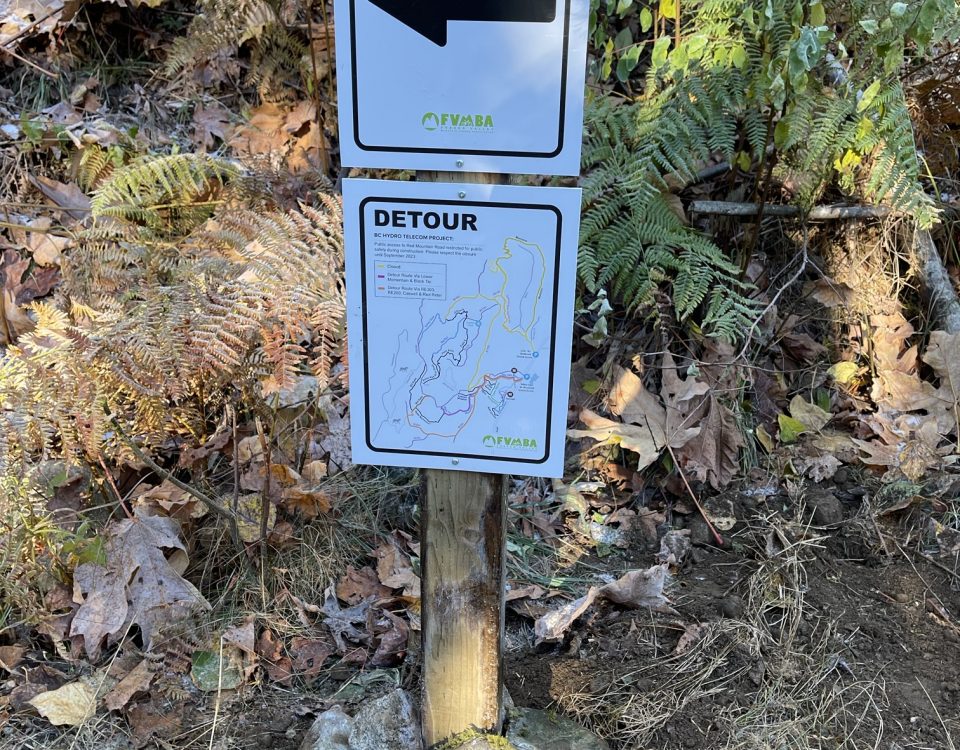 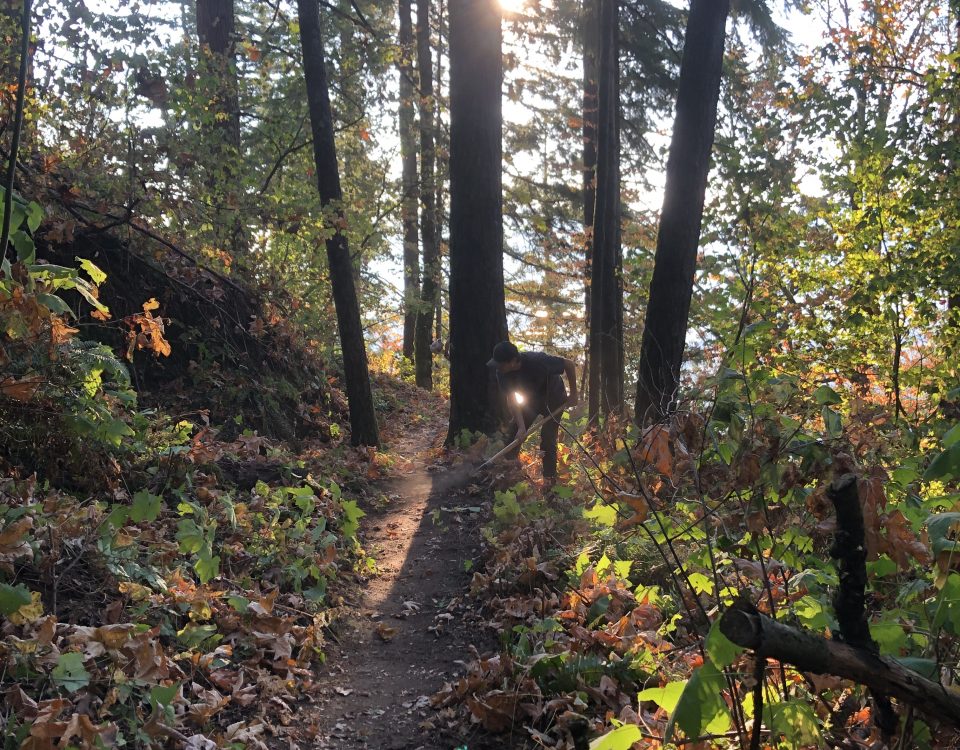